Saint of the week

In the beginning was the wood. 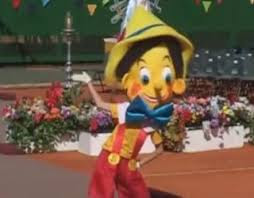 St Pinocchio is venerated in many South American churches.

Pinocchio is an unusual saint, having originally been constructed as a wooden puppet. His life is well documented in Carlo Collodi's biography, but his main claim to fame is the story of his nose. As Pope Francis explained in his sermon on St Pinocchio's day: "The nose of St Pinocchio is a lesson to all of us. It grew in length whenever he told lies, thus teaching him the Christian virtues of truth and honesty." 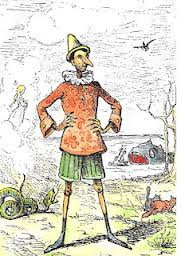 Pinocchio, before he became human (and saved).

Knowing that the new Holy Father looks favourably on the representation of St Pinocchio at Mass, many traditionalist parishes - such as Our Lady of the Rosary in Blackfen, the Church of Our Saviour in New York City, and Santissima Trinità dei Pellegrini in Rome - are expecting to employ giant dolls as an aid to worship in the near future. 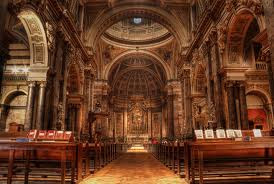 The Brompton Oratory - when will we see Pinocchio puppets at Solemn High Mass?

St Pinocchio himself later became human - indeed, the wood became flesh, as St John almost put it. The circumstances of his eventual death are unclear, and some versions of the legend state that "he lived happily ever after." In that case he is still around somewhere, perhaps even writing a blog. 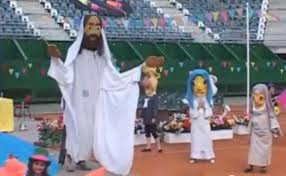 Other religious figures seen at High Mass (note Melvyn Bragg behind Our Lord).