Some of you will remember dat a few weeks ago I adopted a random cradinal - in fact de website assinged to me Cradinal Ouellet. De good man didn't make it to Pop, but he has been in de news recently, cos de Pop sent him to tell de English and Welsh bishops dat dey aint all saved, cos some of dem aint been standin up for truth and justice. 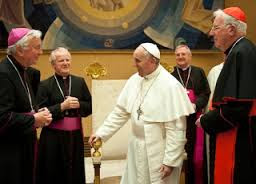 Why is it always you four that I read about on Eccles's blog?

Anyway, we gotta new scheme goin now, which is to adopt a deacon. After all, cradinals is generally pretty well off, both spiritaully and materially, whereas deacons is de lowest of de low, often wiv naggin wives and screemin kids, and perhaps a parish priest wot gets em to unblock de drains after Mass. 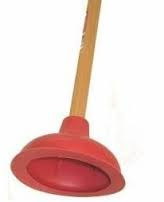 A liturgical plunger - essential equipment for a deacon.

Anyway, I singed up for de new "Adopt a Deacon" scheme, cos I know many very good deacons wot could benefit from a few prayers, gifts of old socks, and so forth. In fact dere is one wot lives in de beuatiful town of Barrow-in-Furness and runs a website called Protect de Pop. I was hopin to get him, so I buoght myself de ceremonial pjyamas of de Swiss Gaurd, so dat I cuold do a bit of pop-protectin myself. 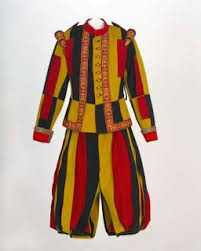 My new pair of pjyamas.

Also I got a Swiss army knife, wot has got a special blade for stabbin atheists with.

Still, it was not to be, dey has assinged me a very miserable deacon in Croydon, wot spends his time moanin at uvver Cathlics. Dis is gonna be a big challenge for me but I is gonna bring a little sunshine into de man's life. 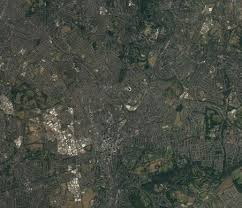 De place where I is gonna bring sunshine.

In fact dere has been even more recent developments, as I has been invited to become a deacon myself. I got dis very interestin e-mail from someone called Chuck Umunny in Nigeria, wot told me I could become a deacon by a correspondence course. All I gotta do is give him my bank detials, date of birth, and other pussonal detials such as de name of my favuorite actress (Tina Beattie). In fact de trainin won't take long, as it aint very hard to do deaconly fings, you just says de black and does de red, as a friend of mine puts it - and, of course, you puts de plunger in and woggles it a bit once de priest has blessed de drain.

I may also have to trade in my red beretta (to which, strictly speaking I is not entitled) for a deacon's hat. Dis is de one I has chosen. 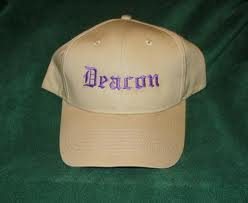 So, if de course goes as planned, I will soon be Deacon Eccles. I will keep you posted.