Archbishop Vincent Nicholas has delivered a homily in which he sends a hard-hitting message to the Catholic blogosphere: Stop complaining! 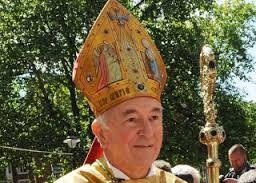 Ouch! This mitre's too tight, and my feet are killing me. Mustn't grumble, though.

Archbishop Nichols has picked up Pope Francis's comments that one should not gossip about one's neighbours, nor complain about one's own personal circumstances. Now he has run with them in a totally different direction. 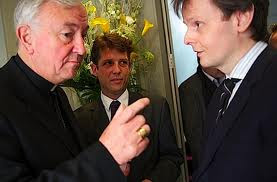 You've been blogging again, haven't you? And not just about custard.

Certainly, as ++Vin knows very well, Catholic bloggers should not comment when they see wrong-doing in the church. In the immortal words of Our Lord: "Doth not the holy man, when he seeth evil, take a brush, and sweep it under the carpet?" Non-Revelations, Chapter 16. 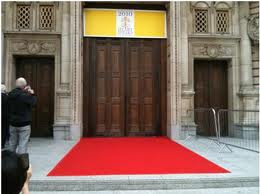 Westminster Cathedral obtains a carpet to sweep things under.

Of course, the Catholic church in England is in a state of perfection at present. There are no liturgical abuses, no masses designed to promote homosexual acts, no heretical professors giving "Catholic" lectures, no "Catholic" newspapers publishing attacks on orthodox teaching, and no complaints about the governance of Catholic schools. All the bishops are highly-revered persons, who have a track record of promoting church teaching without perverting it in any way. Oh I'm so happy. 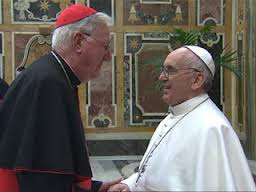 Dear Cormac! If I can't rely on the CBCEW's loyalty, on whom can I rely?

So we bloggers need to pull our socks up, and stop complaining. Just as the BBC, our national news broadcaster, is pulling its socks up and refusing to mention the mass murders with which Pennsylvania's answer to Dr Harold Shipman - Dr. Kermit Gosnell - is being charged. No, that would be mere gossip, and the news must never get out. 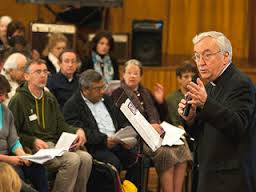